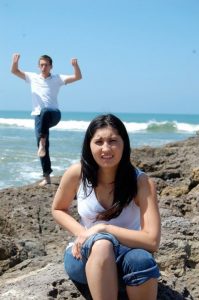 My very first car was a 1991 Acura Integra. It had automatic seatbelts and no airbags and pretty much a death trap, but I loved it. Not only was it a gift from my stepfather, but it was zippy. I could go fast and weave in and around people. Like I said, death trap, but I made it through.

I don’t remember what day of the week it was, maybe a Tuesday, but I do remember where I was driving. It was at the intersection of Bastanchury and Placentia (Read again, Placent-IA. Not placent-a. Get your mind out of the gutter). It was early January of 2009, and I was home from college for winter break.

I didn’t typically listen to KIIS fm, I’m more of a KROQ type of girl, but I wanted something different that day. And I’m really glad I turned to 102.7 rather than 106.7 because that is when everything changed.

You think I’m being dramatic, I’m sure, and you’re not wrong. But when the first notes of Love Story came on, I remember turning up the radio so I could listen. Something about both the music and the words just hit me in a certain place, making feel warm and fuzzy inside. When I got home, I immediately went to the computer to search for who sang that song that I had just fallen in love with. 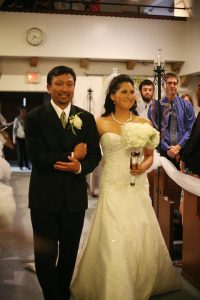 It was a Thursday, maybe three or four days later, when Robert, my high school sweetheart, blindfolded me and took me on a trip around town in his own Toyota Tacoma. I get motion sick, so it wasn’t exactly a great time for me, but then he finally pulled into a parking space and led me by the hand into a building and up the stairs and into a room where our families waited. He sat me down on a couch, and asked me to be his wife.

It was the same couch that we held hands on the first night we met.

I graduated that spring. It was 2009 and the middle of the recession. I couldn’t find a job. I temped and nannied and eventually found an office admin job at a law office, where my coworker would routinely tell me how in love with me he was. It was a crazy time. I met friends and started writing a book and got so into Twilight that I literally could not put the books down. All of these things are a part of who I am today, and Taylor Swift was at the forefront of everything, keeping me company through some pretty dark moments. 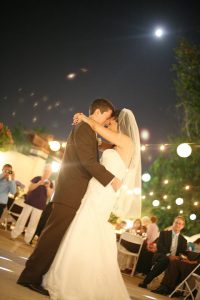 I planned my wedding to that song. I cried while listening to Fifteen, thinking of my sister and my niece. I fell in love all over again to Fearless, and danced around my childhood bedroom to Hey Stephen. I dreamt of Superstars that eventually became characters in my book. She promised me that someday, it would all Change. Everything that felt so wrong, there would be a day when it would be right.

I walked down the aisle to the instrumental version of Love Story on my wedding day, July 23, 2010. I’m fairly certain there wasn’t a dry eye in the church, the one where we met and got engaged and then said I Do. And she was there. She’s BEEN there ever since.

I couldn’t necessarily tell you why she enchanted me from the beginning, only that she did. It was her words and her music, but it was also just her. Her magnetism, the sense that she would honestly, truly care about me if she knew me. The sincerity in her voice and the light in her soul. I felt it from the beginning, and I feel it to this day.

Oh, hi there. My name is Joelle Duff, and this is my little corner of the internet. I love dusty pastels, sour margaritas, and social justice. Welcome!